All the teaching staff are university graduates (MA, PhD), and all have many years of experience teaching in their field. 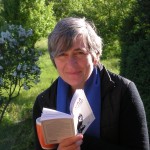 Holds a Doctorate in comparative literature of the twentieth century (France/Brazil) from the Sorbonne. She has taught French in Geneva’s colleges for  35 years. Isabelle has published a comparative study of  Claude Simon and Roberto Drummond, and is the translator of two of the latter’s novels. She speaks French, Spanish, Brazilian Portuguese and English. Literature has been her constant passion since the age of 7. 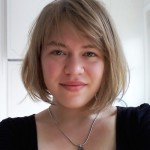 A graduate of the University of Québec, Montréal in Theatre Studies, Kim Crofts has produced several opera productions with her company Opera Outside the Box, whose mission is to demystify the lyrical art. Since 2016 and in parallel to her work as a director and producer, she has assisted Peter Batakliev, professor and artistic director of L’École Supérieure de théâtre in Montreal, in his research, acting and working on productions (Love and Money, Who’s there). On several occasions, she has worked on productions by Swiss director Cyril Kaiser (Le Misanthrope, Rousseau, une promenade and Chekhov’s The Bear). In addition, in 2018, she worked with the internationally renowned director Alain Maratrat, and assisted theatre theorist Josette Férale in her research between 2014 and 2016. 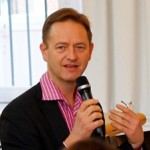 Born in London UK, Nick moved to Geneva in 1986 and speaks both English and French. He holds university degrees in Philosophy and Art History, and a doctorate in cultural heritage information management. He worked for six years as head of documentation for Geneva’s Musées d’art et d’histoire. He teaches regularly and is an adjunct professor for the Museum of Texas Tech University. 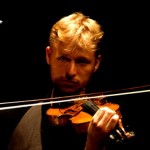 A humanities graduate (Ancient Greek, French, philosophy and theatre), Marc is also a violinist, and holds a masters degree in jazz from the Lausanne School of Music. On stage, he plays in different styles and groups – rock, funk, blues, tango, salsa, Balkan music, classical music, and of course, jazz! In Geneva, he performs regularly, notably with Gypson 5ive, Gilgul and the Marc Crofts Trio. His willingness to share his knowledge springs from his passion, not only for playing music, body and soul, but also for understanding its theoretical, historical and ethnological background.